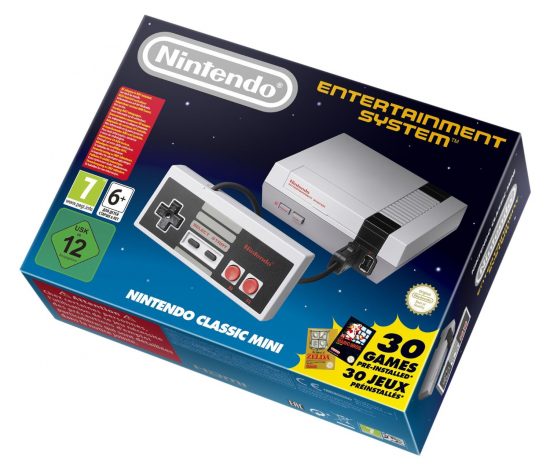 Absolutely delighted and CAN NOT wait for the release of the Nintendo NES mini! Another great news for Nintendo following the incredible world wide success phenomenon Pokemon Go…

For all the nostalgic of the original NES, Nintendo are planning to release on November 11, 2016 the Nintendo NES mini which will include 30 pre-installed games including absolute cult video games like Super Mario Bros or Zelda.

You can pre-order yours now on Amazon here.

See below for more information about the NES mini package includes:

The console comes complete with 30 NES games built-in, including beloved classics like Super Mario Bros., The Legend of Zelda, Metroid, Donkey Kong, PAC-MAN and Kirby’s Adventure
Comes packaged with an HDMI cable, a USB cable for powering the system, and one Nintendo Classic Mini: NES Controller
Rediscover an old favourite or experiencing the joy of NES for the first time, the fantastic collection of NES classics included with each and every system should have something for all players
Relive the 80s when the Nintendo Classic Mini: Nintendo Entertainment System